Cash FX Group will go down in history as the platform that scammed many of its users with their phantom payments. Its platform specialized in generating income for its users, but many of them did waste their time.

Today the web is closed for its errors and scams. People affected remember it as a failed investment opportunity that promised more than it did.

To get into context, know Cash FX Group from its beginnings, its promises, and what their owners did. Originally the interface was created to work and invest money with the ROI whose payments were very attractive for everyone.

ROI is the return on investment for marketing campaigns. Many platforms facilitate this system because its profitability is absolute. It gives too many opportunities for economic expansion in your life.

The Cash FX Group system was very well positioned and, at first glance, would give you long-term profits. The real problem started when users wanted to withdraw their money; the platform asked you many requirements to transfer the profit to the Exchange.

Its support was with FOREX and Crypto; with this, its credibility was very high to invest. People trusted what their facade showed and were carried away by the idea of ​​business success.

For this 2020, there were still people who trusted Cash FX Group and their investments for a complete financial education. To register, they had to pay for their packages, which, although they were not that expensive, was practically giving away money without even knowing it.

After having a membership for their education in business and finance, there were dubious information documents. The “information” was not complete; it had many loose ends for users; it left more doubts than answers to their questions.

After having that preamble of financial education, you could choose to earn money from your platform in the following ways:

This consisted of investing by levels of return on investment of assets in a 200% to 300% weekly. Each tier had its price, and the earning money was monetized in your wallet or platform every week.

Its lowest ROI investment level was $ 300; you would get 15% of the investment weekly. In 4 months, their money would double following this program, that was great only that Cash FX Group never complied.

In the advertising, it showed that just by investing $ 300 for four months, you would earn double that investment without doing anything. Also for doing nothing, the platform gave you information about commerce and finance in general, but it was all a lie.

In addition to investing and earning double the money given, the Cash FX Group promised that if you brought a friend, you would earn money. The commission rate you would get for each invited friend was 5% each week; many met this point.

Some people have a plus point within Cash FX Group, earning commission money for referrals to their account. Other people did not run with the same luck, and they always paid less than what they promised on their website.

At the end of all Cash FX Group, earn a lot of money by bringing your friends to invest a minimum of $ 300. While the referrer only took a minimum portion of that amount each weekend with the account.

The excellent organizational structure of the Cash FX Group was its best attraction for the scam.

The idea that you were investing $ 300 today sounded too fantastic, and in 4 months you took twice that amount. For this scam to be credible, the platform creators organized it too well to be legitimate for their new subscribers.

The platform had ranges for its users; with them, you could earn 200% to 500% of your original investment, and it had advantages. Check them out below to see how far Cash Cash Group has gone to take your money :

All ranges promised a lot, and some users took advantage of it with the beginner rating and its long-term benefits. Very few people enjoyed the higher rank, but those who did had a very bad experience.

Not everyone lost but more than 30% of investors had payment problems. From an incomplete payment to phantom transaction fees, it was the displeasure that this website subscribers had.

In less than two years of operation, the Cash FX platform had already lost credibility; by 2020, it was bankrupt. The questions begin to come out about what they invested, their system failures, and phantom commissions.

What did we invest in?

This question came to the background as investors were not interested as long as they earned double or triple their investment. After the website went down, that question began to be asked.

Cash FX invested their money in financial education, paying their providers, and improving the overall platform. It is unknown where the money was going, and the investors’ money disappeared.

Why my refund requests were never answered?

The company never answer many of investors’ refund requests; this caused frustration among its users when asking for their money invested and having no response. The complaints began to fall in Cash Fx, at least 3 out of 10 people were victims of this irresponsible treatment.

Investment money was sometimes not recovered; only 50% was reimbursed for “your use of financial education.” While this was happening, other subscribers were detaching themselves from the web so as not to lose any money after two months of paying.

Yes and no, the company continues to operate under another name, it maintains the same structure, ranges but with different nationality and name. If you search the internet, you will understand why Cash FX went bankrupt; it has more negative than positive comments.

You already know the structure of this fantastic investment website that is not very credible, if you notice any other similar, stay away from it. Money doesn’t come so easy, don’t be scammed by this scheme, save your money, and make better use of it. 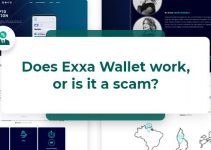 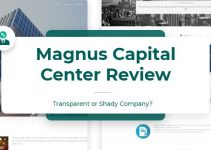 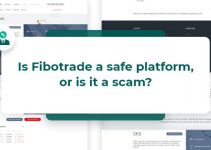