So, is this a real hacker attack, or has the Ponzi Scheme finally collapsed? Let us show you details about what has happened and is still going on with this shady company.

What is Exp Asset?

Exp Asset is or was a company that traded on financial markets, cryptocurrencies, and making arbitrage. Moreover, the MLM company was mining cryptocurrencies. Also, the MLM platform has announced they are investing in Start-up projects. But were they? Given all the recent events which you will now read, it is likely that the company never supported other projects. At this point, everything seems like one prominent Ponzi Scheme.

Before we continue, we would like to give you a little bit more information about what the company was before the hacker attack. So, Exp Asset managed an educational Internet Platform among the mining process, the trading on different platforms, and the process of making arbitrage. Moreover, the Educational Platform was focused on investing in the capital and currency market. Further, it was primarily investing in cryptocurrency markets.

Also, Exp Asset provided little to no information about the CEO of the company. In other words, the company was, to begin with, not so transparent. We managed to find out that the CEO of Exp Asset is Patryk Krupinski from a LinkedIn profile. After some digging, we decided to take a look at the domain name. The domain name was privately registered on 3-10-2018.

Due to the fact that the domain name was registered in private, no additional information was available.

Is it a coincidence that the company is registered in the Navis, which a tax haven? Moreover, the MLM company is registered as Silesia Capital Management Ltd. Further, the primary address of the company is PO 590, Suite 9, Henville Building, Charlestown, Nevis, No. C 50063. Unfortunately, we were unable to find further information, but so far, it doesn’t look like a trustworthy company. So, let’s move to the most recent event – the hacker attack.

As we mentioned earlier, the hacker attack was announced on August 19th, 2019. Moreover, Exp Asset has announced it by posting a message on Facebook. The company explains in this post that their servers were attacked by hackers. Furthermore, the hacker attack was followed by a system failure. On top of that, users’ information was leaked. In fact, all Exp Asset users have been affected by this hacker attack in one way or another. But our question is: Is this attack real, or is this a brilliant cover-up?

After reading this Facebook post, many Exp Asset members were thankful for the update. After all, the company is trying to keep its members informed, which is what a legitimate company would do. Moreover, on the following day, the company posted another critical message.

We couldn’t help but notice the following:

Was Amazon right when they said there was no attack on the server hosting expasset.com? Well, only time will show us the answer to all of our questions. Let’s move to the next suspicious thing.

Further, when Exp Asset explained that Amazon couldn’t know whether there was an attack, the company also wrote: “We will restore user data allowing for withdrawal of funds.”

What will happen with all 337 people who failed to complete all the fields required for verification?

Will they receive the opportunity to withdraw their funds? And how come Exp Asset went from a hundred thousands of users to only 400 verification requests?

In addition to the screenshot above, we want to show you another message of Exp Asset on their Facebook page. On August 27th, 2019, the company wrote the following:

“The tests will last for a maximum of 14 days. If the user confirms the correctness of his data, he will immediately be able to withdraw funds. 6. After the tests have been completed, Users will receive the following options: 1) Withdrawal of funds; 2) Purchase of exchange tokens cryptovalut – Dicoin Trading; 3) Purchase of tokens of a gambling company (still in the process of determining).“

It looks as the company is not keeping their word. Fourteen days have long passed, and members of the company are still not given a chance to withdrawal their funds. Most importantly, what is Dicoin Trading? Currently, if you try to open the website of Exp Asset and create an account, it redirects you to another website – Dicoin Trading. Is this the next Ponzi Scheme? Also, the last message the company has written is on September 9th, 2019. Since then, there is no news, no posts, no updates. No wonder why people are panicking.

What Did the Company Offer Before the Hacker Attack

So, the MLM company offered educational packages starting from $100. By becoming a member of Exp Asset, users had two options to choose from. The company provided Roi Commissions and Referral Commissions.

Qualification Requirement: at least $1,000 invested in the platform

Moreover, before this attack, Exp Asset offered six different plans. Currently, if you try to choose any of these plans, you will see an “Error Occurred” and a “404 Not Found” error on your screen. However, let’s see what the company had to offer.

For instance, premium users could withdraw up to $15 000 weekly. Meanwhile, the maximum one-time payment had to be less than $10, 000.

Have you ever wondered how MLM Ponzi Schemes manage to attract so many people? Well, bonuses and other rewards are the way to stimulate people to work harder. The more money they invest, and the more people they recruit, the better the bonuses and the more expensive the rewards.

The lack of recent news regarding the hacker attack makes us doubt the legitimacy of this MLM company. Exp Asset should have provided more information from the start. If a company is not transparent, it cannot be considered trustworthy.

In our opinion, Exp Asset is nothing more than a scam company. The “hacker attack” is probably a smart way to cover their tracks. Unfortunately, the number of investors who have trusted this company is high. Despite the many warning signs, people often believe MLM companies like Exp Asset. Generally, MLM companies are Ponzi Schemes.

However, there are a few MLM companies who are doing their best to prove their legitimacy. As such, on their websites, visitors can see detailed information about the company. So, investors should be more careful when making the final choice. 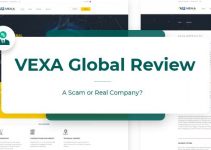